New Celtic signing Reo Hatatehas drawn comparison with Barcelona legend Andres Iniesta after his lively debut for the Scottish club last month. The Japanese midfielder had a lively debut against Hibernian in the league and could have scored if not for the saves made by opposition shot stopper Matt Macey. 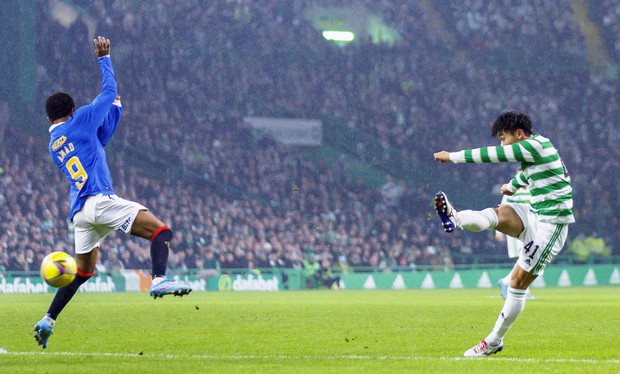 Celtic manager Ange Postecoglou made an assault on the Japanese league to sign Hatate and two of his compatriots. The Scottish giants paid £1.5m to secure the transfer of the Japanese star from Kawasaki Frontalein the top flight. In addition to Hatate, Celtic also signed Daizen Maeda and YosukiIdeguchi.

Maeda took just four minutes to make his mark on the occasion of his first Celtic game after he gave them the lead on the way to a 2-0 home win. Croatian defender Josip Juranovic scored the other goal via a first half penalty.

During the Hibs game, Hatate was the cynosure of eyes as he showed Celtic fans what to expect in the coming months. He controlled proceedings in the middle of the park just as Andres Iniesta would do and also stopped a lot of attacks from the opposition team.

Ex-Celtic shot stopper Pat Bonner was mightily impressed with the quality shown by Hatate as he compared him with Barcelona legend Andres Iniesta while he was on BBC Sportsound. The five-time Scottish Premiership winner said the Celtic player showed a lot of similarities with Andres Iniesta.

Hatate has a long way to go to reach the achievements of Iniesta who's widely regarded as one of the best players of his generation. The Japanese international is going his bit at Celtic as he demonstrated during the Old Firm Derby clash with Rangers earlier this week. He scored twice to lead Chelsea to a 3-0 home win in the league. The result ensured that Celtic moved above Rangers on the league table.